CHICAGO (Comiskey Park) – The Detroit Stars upped their record to 3-0 with a third consecutive victory over the Homestead Grays. Jackie Robinson hit a two-out two-run homer in the bottom of the eighth to give the Stars their first lead of the day.

Andy Cooper and Frank Wickware pitched well to pick up their first victories of the season. 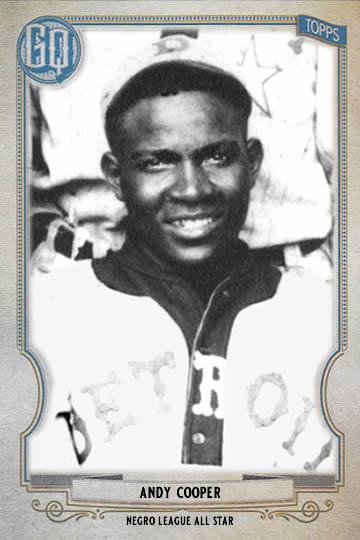 Pittsburgh jumped out to a three run lead in the top of the first inning when Roy Campanella singled home Pete Hill who had walked to lead off the game. Alec Radcliffe followed with an rbi single plating Rap Dixon who had walked as well. Sam Bankhead capped the scoring with an rbi double scoring Campanella.

The Crawfords increased the lead to six in the top of the third when Campanella singled home two more runs and Bankhead tripled him home.

The Monarchs lone run came in the bottom of the fourth. Chino Smith led off the inning with a double and was brought home by a Alejandro Oms two-out double.

Cooper(1-0) had a strong outing. He didn’t give up much, just 7 hits and 1 walk in 9 innings. Pittsburgh finished with 9 hits in the victory.

Juan Padron(0-1) absorbed the loss. He was touched for 8 hits and 4 walks in 5 innings.

Detroit undefeated despite hitting .188 as team

GAME RECAP
Pitching continues to dominate this series as Detroit has won all three games by an identical 3-2 score.

Jud Wilson hit a two-out triple in the top of the first inning and was plated by John Beckwith‘s single. Detroit answered quickly when Spot Poles led off the bottom of the first with his first tater of the season.

In the top of the fourth, the Grays took the lead once again on three straight two-out singles by Larry Doby, Dick Lundy and Louis Santop.

Homestead failed to add to their lead in the fifth when Bullet Joe Rogan laid down a safety squeeze that failed to score Garnett Blair. In the bottom half, the Stars had second and third with one out thanks to two errors. Leon Day got Spoony Palm to pop out to second and Newt Joseph to hit into an inning-ending double play.

Bottom of the eighth, Joseph led off with a walk. Blair got the next two batters to fly out bringing up Jackie Robinson.  Robinson lifted a long drive to left-center bringing the crowd to their feet and giving the Stars the lead 3-2.

Day(1-0) was the winner allowing 2 runs in 8 innings. Cannonball Willis earned his 1st save. Blair(0-1) was charged with the loss.

PITCHING CHANGES
This was the first game of the series that either team went to their bullpen. Willis earned the save pitching an inning and Rogan closed out the eighth inning for the Grays after the Robinson homer.

MISSING BATS
Detroit is undefeated despite going 16 for 85 (.188) to start the season. 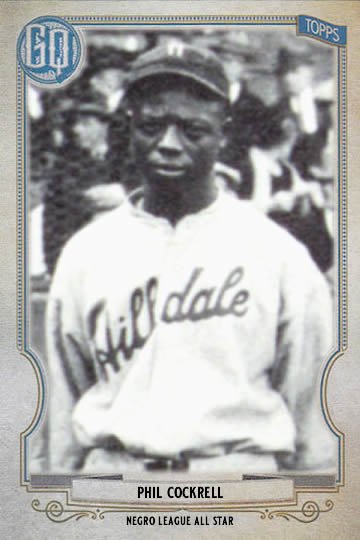 Cockrell pitches three scoreless for save

GAME RECAP
Bernardo Baro got the scoring started for Chicago with a two-out single in the top of the second inning scoring Pop Lloyd who had singled earlier in the inning.

Indianapolis responded in the bottom of the third when Wild Bill Wright doubled home the speedy Cool Papa Bell to knot the game up at one.

Both teams exchanged runs in the seventh inning. Chicago loaded the bases against Frank Wickware leading to his departure from the game. Verdell Mathis entered the ball game and retired Cristobal Torriente on a foul out. Tubby Scales was the next hitter and looped a floater into right field scoring both Baro and Oscar Heavy Johnson.

The ABC’s responded in their half with a leadoff double by Willard Brown followed by a triple by Rev Cannady. Phil Cockrell then entered in relief and shut down Indy for the remainder of the game.

The Giants tacked on three in the top of the ninth with Torriente, Scales, and Lloyd all collecting RBI’s.

Wickware(1-0) gave a fine effort for Chicago. He went 6 innings and surrendered up 6 hits and 1 walk. Chicago out-hit Indianapolis for the game, 14 hits to 7.

Cockrell gained credit for his 1st save. William Bell(0-1) was the loser. He was hit hard and gave up 9 hits and 2 walks in 6 and 1/3 innings. Cockrell pitched three innings giving up one hit and striking out one.

TIMELY HITTING
Chicago was 5 for 11 with runners in scoring position.