CHICAGO (Comiskey Park) – It was backup catcher day in the Midwest Six (backup catchers must start every fifth game). That along with the aces on the mound signaled what most thought would be a low scoring day. On the contrary,  the baseballs were flying around the ole’ ballpark as 58 hits, including ten home runs, were hit on the day. Find out what pitchers went yard down below. 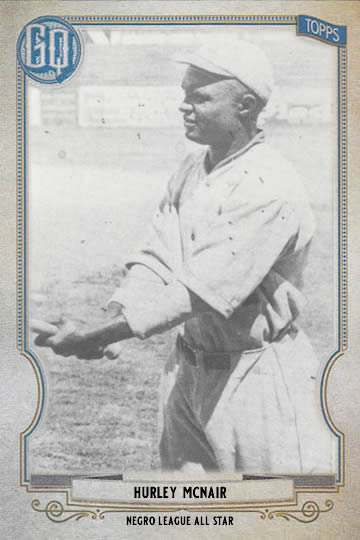 The Monarchs scored four runs in the bottom of the first off of ace Smoky Joe Williams. Biz Mackey knocked had a run scoring single before Alejandro Oms cranked a three-run home run, his second of the season.Williams settled down after the first and did not give up another run while he was on the bump.

Detroit got a run back in the second when Frank Duncan doubled in Turkey Stearnes. Duncan led off the fifth with another double setting the table for Jackie Robinson who knocked in two with a base hit closing the gap to 4-3.

Martin Dihigo tied the game at four with his second home run of the season in the sixth.

The game remained tied into the ninth when Dihigo came in from center field to pitch for the Stars. He retired Bonnie Serrell on a shallow fly ball for the first out. Hurley McNair came up next. He tripled as a pinch hitter in the seventh inning and stayed in the game playing right field. Mcnair lined a home run into the right center field bleachers giving the Monarchs the walk-off win.

DUNCAN DOUBLE
Backup catcher Frank Duncan, in his first start of the season, cranked out two doubles and had a rbi and scored a run. 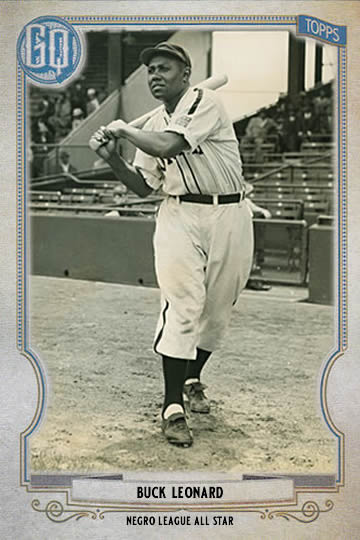 Leonard provided much of the offense. He clubbed a solo home run in the 1st inning and cleared the bases with a Grand Slam homerun in the 7th inning. Pittsburgh banged out 10 hits on the afternoon.

Jones, 2 for 4, hit his first home run of the season in the third inning and knocked in another run with a single in a six-run seventh inning.

Wild Bill Wright hit his third home run of the season in the top of the third to give Indy a brief 2-1 lead.

Jones(1-1) lasted until the end allowing 2 runs for the win. The loss was charged to Hilton Smith(0-2). He surrendered 3 home runs in his 6 innings.

STRUGGLING PEN
Willie Powell relieved Smith in the seventh. He walked the first better he faced and gave up the grand slam to Leonard immediately after.

CLUTCH CLUBBING
Pittsburgh was 3 for 3 with runners in scoring position on the day. 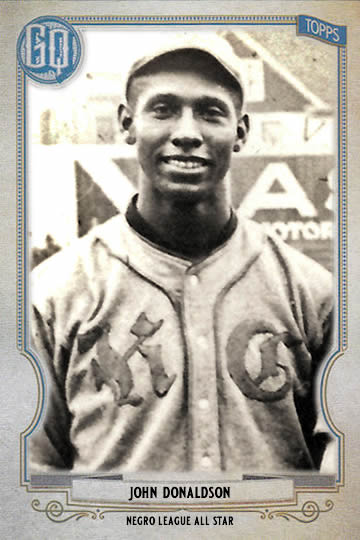 GAME RECAP
Oscar Heavy Johnson had 4 hits and 3 RBI and John Donaldson mowed down 10 Homestead batters as the Chicago Giants man-handled the Homestead Grays – the final score was 14 to 4.

Donaldson(2-0) delivered a fine performance for Chicago. He allowed 6 hits and 5 walks in 8 and 1/3 innings dropping his ERA from 6.14 to 4.02. Chicago bats were hot in the 1st inning with 5 runs on 6 hits and the 8th inning when they had 4 runs on 4 hits. Chicago simply wore out the Homestead pitching staff, scoring in 6 different innings.

Donaldson also went 4 for 5 at the plate, knocking in one and scoring three times. He struck out 10 batters to cap his incredible day.

Satchel Paige(0-2) was the loser. He was knocked around by Chicago, allowing 12 hits and 2 walks in 6 innings. ‘Everything felt great’ Donaldson said. ‘I had a good fastball, I felt I could throw it by everybody today.’

CLUTCH CLUBBING
Chicago was 7 for 12 with runners in scoring position on the day.